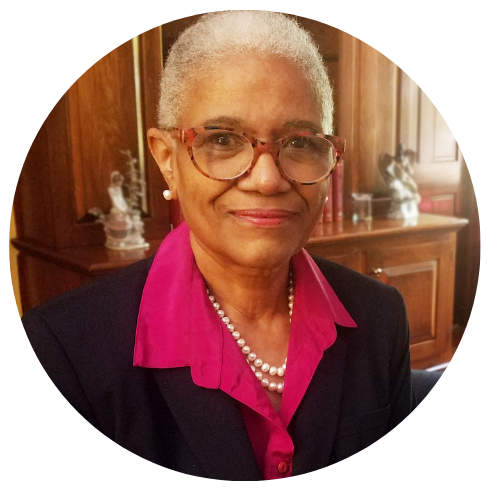 Dr. Sharon Cooper is the CEO of Developmental & Forensic Pediatrics, P.A., a consulting firm which provides medical care to children with developmental disabilities, and provides medical care, research and training, and expert witness testimony in cases of child maltreatment. Dr. Cooper spent 21 years in the United States Army, retiring as a Colonel.

Dr. Cooper holds faculty positions at the University of North Carolina Chapel Hill-School of Medicine and the Uniformed Services University of Health Sciences in Bethesda, Maryland. She serves on the boards of several national and international organizations focused on violence against children.

Dr. Cooper has lectured both nationally and internationally in well over 300 conferences, including many federal justice agencies, the National Judicial College, the American Professional Society on the Abuse of Children, INTERPOL, and academic conferences focused on Developmental and Behavioral Pediatrics. She has provided extensive training to representatives of more than 45 countries whose hotlines are focused on the rescue and identification of child and adolescent victims of sexual exploitation

Dr. Cooper is the lead author of two comprehensive texts on child sexual exploitation and is co-author of a book focused on the complexity of investigation, discovery and recovery of missing children and adults. She served on the International Working Group which published the landmark Survivor Survey of victims of abusive images, sponsored by the Canadian Centre for Child Protection. She has testified before the United States Congress, the European Commission, the Manitoba Legislature, the Italian Senate and the
Russian Duma (Parliament).

Dr. Cooper has worked with the National Center for Missing and Exploited Children providing victim-centered training for more than a decade and presently serves on the Board of Directors.

Dr. Cooper served on the National Task Force on Children Exposed to Violence at the request of the Attorney General of the United States. She also served as a member of the bipartisan Homeland Security Advisory Council on Children and Families for Customs and Border Protection regarding migrating populations from the Northern Triangle.

Dr. Cooper is the Executive Producer of the documentary Not Just Pictures, which delves into the extraordinary victim impact of abusive images and other types of sexual exploitation.