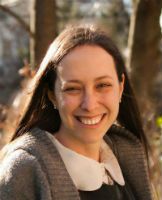 Shira is founder and CEO of Sacred Spaces. In this role she has worked with Jewish communities across five continents to prevent, handle and heal from institutional abuse. Her book, The Child Safeguarding Policy Guide for Churches and Ministries, coauthored with Boz Tchvidjian was released this past summer, and a Jewish edition is due out in 2018. Shira holds a Ph.D. in psychology from the Graduate Center, CUNY, where she was an Enhanced Chancellor’s Fellow and an adjunct professor, and a J.D. from Cardozo School of Law, where she was a Monrad Paulson Fellow. She has completed postdoctoral psychology fellowships in child trauma and rehabilitative alternatives to incarceration. Prior to founding Sacred Spaces, Shira worked on criminal justice reform, youth advocacy, and child protection at such nationally acclaimed organizations as the Innocence Project, Center for Court Innovation and Gundersen National Child Protection Training Center. In her work, she has represented battered women and adolescent defendants, mediated legal disputes, and co-authored Rethinking Rikers for the NYC Board of Corrections, which contributed to the end of juvenile solitary confinement at Rikers. Named to the Jewish Week’s 2017 36 Under 36, Shira has been involved in Jewish communal work for over a decade, serving as youth director at the Hebrew Institute of Riverdale, consulting for synagogue youth departments across the US through the Orthodox Union, participating in the Paideia Paradigm program and AJWS Global Justice Fellowship, and most recently joining Wexner’s inaugural cohort of Field Fellows. She is a proud board member of Kol V' Oz, and Male Survivor and thrilled to be joining the board of the Academy on Violence and Abuse.